Last month, in December, we decided to take advantage of a quieter month to make some bigger changes to our database and build a foundation for a number of new features. Today we're releasing new functionality that adds teams, groups, multiple dashboards, and host management, all designed to make it easier to manage the information available in Hardenize accounts.

Having groups in Hardenize was an often-requested feature, especially by the users who have to deal with hundreds and thousands of sites. For most, not all sites are made equal; there are some sites that are very important as well as sites that are less important. With support for groups in Hardenize, we've first extended the dashboard to present per-group web and email configuration (as shown in the previous screenshot). This makes the dashboard more compelling, giving a good overview of the entire organization, at a glance. Additionally, we've extended the Site and Certificates views so that they can be used on all hosts or only on those belonging to a particular group. 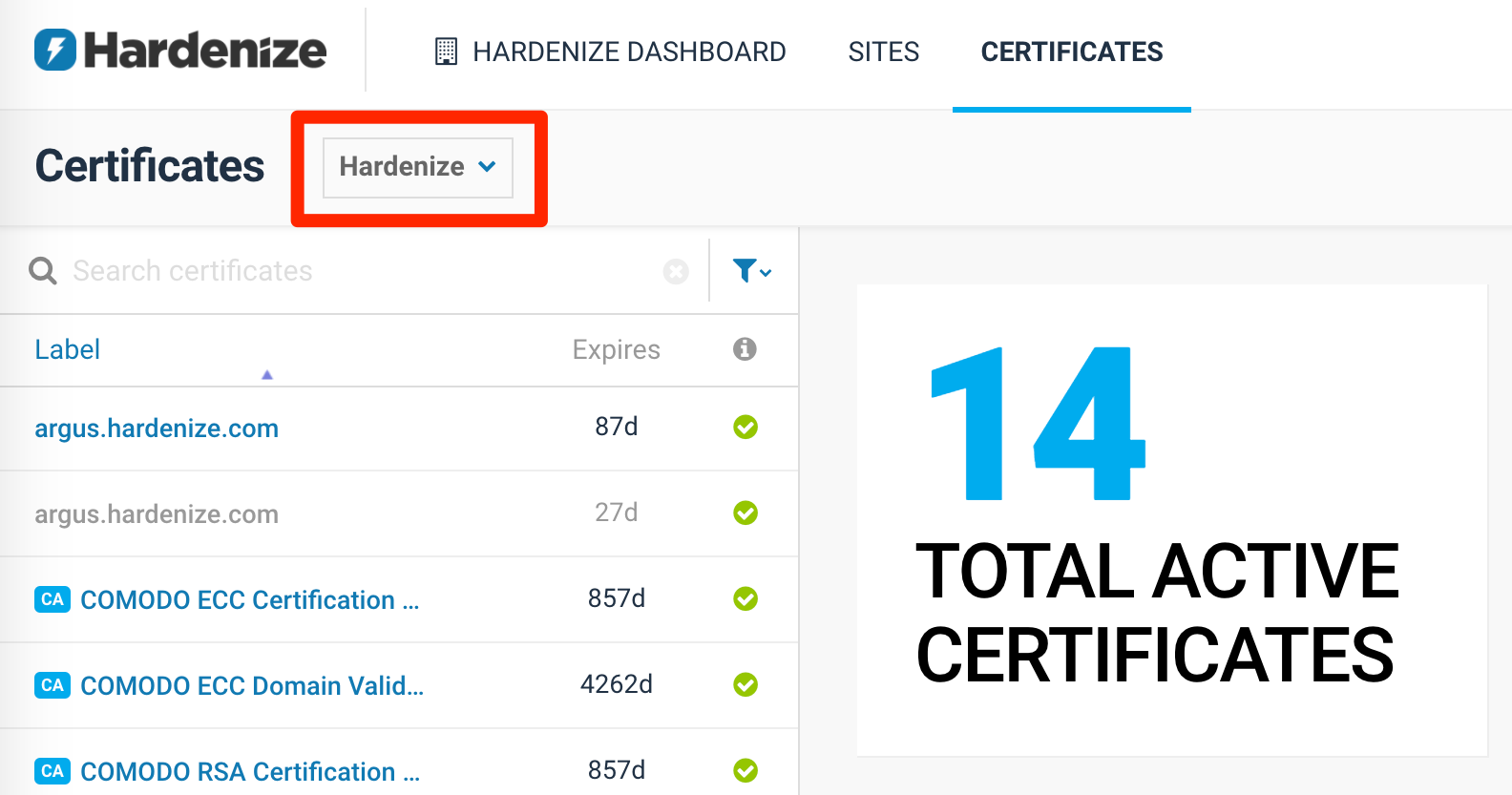 Teams are similar to groups, with one crucial difference: teams imply responsibility. As we prepare to add notifications for certificate expiration and certificates discovered via Certificate Transparency, we need to know who is responsible for each individual host; we can't just email the entire company. Now, one host can belong to a team, and that determines who receives the notifications.

Teams are backed by virtual groups that contain exactly the same hosts assigned to the teams. Thus you have an option to organize your account by team (if you have multiple teams), by group (if you have one team), or using a combination of the two.

Finally, to go along with the groups and teams, we've added a new host management page, where you can examine your hosts, assign them to groups and teams, and configure how we're monitoring them. For example, we've had host auto-discovery in Hardenize for a while, but we initially chose not to automatically monitor new hosts. With this new page our customers can quickly select such hosts (with status Idle) and activate monitoring on them. 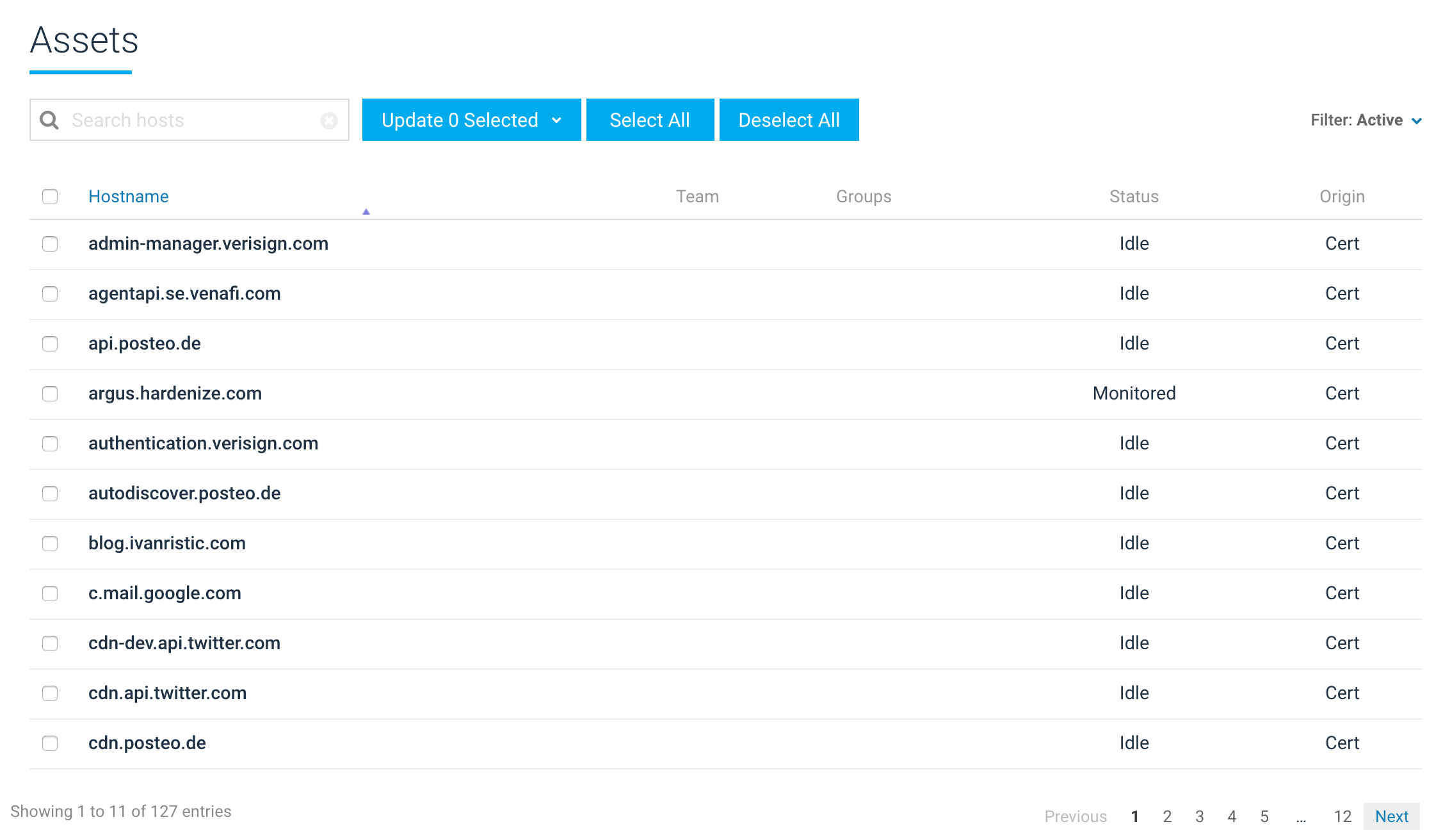